The Anti-Tourist Club is a training and support centre I have created for curious adventurers who want to do travel differently. 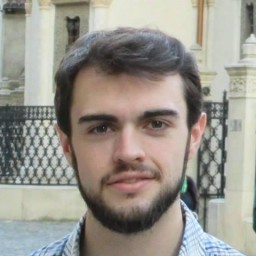 This is a very common feeling among language learners.

And it’s one of the reasons that most people try watching foreign language movies or tv shows at some point or another.

Most people have no idea how to make use of TV and movies in their learning, and they get very little out of watching them as a result!

You'll learn how to do language learning with Netflix the right way, so you can not only improve your language skills, but have fun doing it too!

And the simple answer is yes!

BUT... it comes with a caveat.

Because unless you’re doing it in some kind of focused way, I think that watching TV and movies as part of your language learning is probably a waste of time.

In order to get some real benefit out of videos in another language, you need to watch them with attention and focus.

You need to actually actively study the content, rather than just letting it passively pass you by.

The 3 Anti-Tourist Secrets To More Meaningful Travel In 2020

As a learner, chances are you're going to really struggle to keep up if you watch movies or tv shows in your new language with no subtitles.

You could just continue watching, forget the details and be happy that you understand the "gist" of what's going on.

But if that's your approach, you're only kidding yourself.

Instead, you could use the movie or tv show to help you learn to understand fast spoken language by making just a little extra effort.

The best way to adapt to fast spoken language is to spend lots of time listening to natural speed audio that you have a transcript for.

That way, you can read along with every word as you listen.

This trains your ear to recognise words as they're spoken in fast, natural conversations.

How can you do this with movies or TV shows?

By watching them while using subtitles in your target language!

For example, if were learning Spanish, you'd choose a Spanish movie and watch it with Spanish subtitles on.

(Note: ​​​​The subtitles need to be in your target language for you to get any real benefit out of them. Watching foreign language content with subtitles in English is just a waste of time for learning purposes.)

Why You Should Always Use Subtitles For Language Learning With Netflix

So, why are subtitles or a transcript so important when learning from TV shows and movies?

Let’s consider some of the main benefits:

Watching videos with subtitles helps you train your ear. At first, the language will seem fast and difficult to follow. But by repeating short sections of the video over and over while reading a transcript, you can train your ear to get used to the speed of natural speech. Without transcripts, this is impossible because the words just rush by and you have no way of checking what is being said.

If you print out the transcripts you can highlight things in the text and make notes as you watch. By engaging multiple stimuli - writing, reading and listening - at the same time, you reinforce everything you learn and improve much faster. This is the same reason why people who take notes tend to remember more than people who don’t.

You can create flashcards by copying key words and phrases from the text. When you have the subtitles or transcript, this is very easy to do and it allows you to repeat new vocabulary until it sticks in your memory.

Even after you’ve finished watching something, you can quickly and easily review your notes anytime, even if you don’t have time to sit down and watch the whole video again.

The video content becomes more enjoyable because you can actually understand and follow everything that’s being said. This allows you to better immerse yourself in the movie or TV show.

To make the most out of the subtitles, I suggest installing a free chrome extension called Language Learning With Netflix.

This handy little tool will allow you to do a couple of extra things you can't normally do on Netflix.

By having the English translation on the screen at the same time, you can save yourself the hassle of having to look up unknown words in a dictionary as you watch - it definitely makes for a better viewing experience!

And being able to repeat any line of audio at the tap of a button, makes it much easier to hone your listening skills because you can listen and re-listen to the words and phrases that cause you most difficulty.

How To Find Great Foreign Language Content On Netflix

As you probably already know, most Netflix content is recorded in English, but there is actually quite a large volume of foreign language content too.

On the Netflix homepage, hover over ‘browse’ to open the menu, and select the option ‘Audio & Subtitles’. This will bring you to a new page where you can search all of the available titles by audio language and by subtitle language.

First, select ‘audio’ from the drop-down menu on the page and then select the language you’re looking for from the language menu.

Netflix doesn't have content in every language but most of the major world languages are there.

Once you’ve selected your language, all of the movies and shows that have audio in that language will appear. This list will include two kinds of content:

I strongly suggest looking for the first kind of content - movies and TV shows originally recorded in your target language.

When you’re selecting something to watch, it may not always be clear whether it’s dubbed or not without watching the first few minutes.

Try googling the names of the movies and TV shows you’re interested in and you’ll almost certainly be able to find out from Wikipedia or another source what language the show was originally recorded in.

Note: If the menu options mentioned above don't appear in Netflix in your country, try typing "Spanish movies" or "Brazilian TV shows" into the search bar. This is not a perfect method, but I've found that most of the top line or two of results normally fit what you're searching for.

Here are some recommendations to start with for the most popular foreign languages...

Narcos was one of Netflix first original series in a foreign language and it is still one of the most popular. It's pretty heavy stuff, but well worth a watch especially if you want to get used to the Colombian Spanish accent.

If you're into history, you'll love this show about the fictional Spanish "Ministry of Time". Each episode features a different period in Spanish history so you'll not only practice your Spanish but learn about the country's past too.

I haven't seen this series yet but friends tell me it's one of the best they've watched in years. By all accounts, be prepared to get totally hooked! That's the beauty of language learning with Netflix - you'll never lack motivation!

This French drama is a brilliant watch and will be very helpful if you've struggling to get to grips with fast conversational French. The characters are great and the plot is balanced with plenty of humour - definitely worth checking out!

Marseille was Netflix' first French language original series and it's still one of the most popular. It’s a political crime drama and although it received mixed reviews from critics, I think it's still worth a watch if you're practicing your French.

This Orwellian style thriller was Netflix first original series in Portuguese. It won't necessarily teach you much about Brazilian culture, but it's still an entertaining show to practice your Portuguese with.

This Netflix Original is loosely based on the real-life “Lava Jato” bribery scandal involving former Brazilian presidents. If you want to better understand one of the most divisive issues in Brazilian society, this will give you some insight.

Coisa Mais Linda is a Brazilian period drama set in 1950s Rio to the beautiful sounds of bossa nova. If you're planning a trip to Rio, this is a great way to learn a little about the city's musical culture & practice your carioca accent.

Now that you’ve found something interesting to watch and you know how to get the most out of it, you’re ready to get started.

Watching a movie or TV show in a foreign language will be a time-consuming process as a learner.

If you're a beginner, it may take you half an hour just to get through a 5 or 10-minute section.

Racing through an episode without really giving it attention and focus isn’t really a productive way to learn.

It’s much better to take this time to work through it diligently:

Apply this process and you can make language learning with Netflix both an enjoyable and productive experience!

What language are you learning? And which foreign language TV shows and movies are you most excited to watch? Let me know in the comments below!

Resources Related To This Article

The Anti-Tourist Club is a training and support centre for curious adventurers who want to do travel differently.

It is where anti-tourists like you and I come together with a common mission:

To put learning at the heart of our adventures and unlock the kinds of meaningful travel experiences most tourists never have.

Improve your skills on your own, effectively and enjoyably, by watching films and series in the language you study. I use the Language Learning with Netflix extension myself to practice listening in my languages while watching Netflix and I strongly recommend you try it out! I use the free version but there is also a low cost premium version with some additional features.

Sign up below to receive my FREE 3 part video series that teaches you 3 Anti-Tourist secrets to make your next trip more meaningful.

Sign up below to receive my FREE 3 part video series that teaches you 3 Anti-Tourist secrets to make your next trip more meaningful.

Please log in again. The login page will open in a new tab. After logging in you can close it and return to this page.

MY TRavel Coverage during the coronavirus

Even though travel is on hold due to the coronavirus outbreak, I want continue to inform and inspire visitors to this site who want to learn about the world as much as they want to travel there. I believe that now is the perfect time to prepare for the incredible adventures we'll have when this is all over. So join me in using this time to learn more about the places you plan to visit when we can travel again.

Learn how To Make Every Trip Memorable...

Get my FREE video series & discover 3 insider secrets for more meaningful travel in 2020!

Get the FREE VIDEO SERIES:

Enter your email below to get the video series for free:

100% Privacy Guarantee. Your email address is safe with me

x
We use cookies to ensure that we give you the best experience on our website. If you continue to use this site we will assume that you are happy with it.Ok